Jan Park, Governmental Co-Chair and Matthew Lesieur, Community Co-Chair, opened the meeting, followed by member introductions, noting that March is Women’s History month. Andi Straus led the group in a moment of silence in honor.  The minutes from the February 21, 2019 meeting were approved, with a minor change noting that the motion to accept the Memorandum of Understanding (MOU) with the exception of one item regarding the Planning Council Support budget. There was no public comment.

Billy Fields, Co-Chair, presented a motion that was passed unanimously at the Consumers’ Committee on March 19, 2019 regarding the lack of questions in eShare client assessments on Oral Health Care services.  The motion reads:  “that questions regarding oral health care services in the NY EMA be developed and included in the Part A Client Intake Assessment instrument”.  Paul Carr, CoChair of the Oral Health Sub Committee, provided additional background.  Graham Harriman noted that there are only two more opportunities to implement these requested changes to eShare and that it would be more efficient to develop these and other questions, e.g., intimate partner violence, using the new data collection system.  Danielle Beiling noted that including more questions in the client intake might result in reduced client-provider face to face time. Graham suggested that this issue should be further discussed and explored at the next Consumers Committee meeting in April 2019.

Sera Morgan reported that the MOU has been reviewed and that the resultant document is clear and delineates the roles and responsibilities of the Planning Council and the Grantee/Recipient.  The deadline for submission has been met and there are only small revisions that remain.  Ms. Morgan also noted that in discussions at HRSA, it is not necessary to reference the 1% cap of the EMA’s award to fund the Planning Council Support budget.

Amber Casey presented the Year 28 3rd Quarter Part A & MAI Expenses.  The carryover request of $455,636 was approved in October 2018 and was applied to ADAP.

Transitional Support has expended only 21.6% of its funds due to the billing issues (the MOU has not yet been signed by Rikers Island).  The entire Non-Medical Case Management (nMCM) service category is underspent at < 31%, while the Medical Case Management (MCM) has spent nearly 60% of its funding.  Several deliverables related to service delivery are expected to be reached and will accelerate spending.  Mental Health Services and Harm Reduction Services are slightly underspent. Housing Placement Assistance funds will be shifted to Short Tem Rental Assistance permanently, in order to address the shortage of apartments. Early Intervention was re-procured and contracts are in the start-up phase. Legal Services, Food & Nutrition, Supportive Counseling & Health Education /Risk Reduction are all spending within range, with stronger spending anticipated in the 4th quarter.  Overall, 61% of funds have been expended in NYC for Part A Base services.

In the Tri County region, service categories are spending consistently, with the exception of Housing services (49%) and Oral Health Care (29%).  Housing providers received late notices of enhancements.  The provider for Oral Health services adheres very strongly to the Payer of Last Resort mechanism and only bills Ryan White when reimbursements from Medicaid and ADAP have been exhausted. The Tri County contractor for Early Intervention Services did not bill in the first two quarters due to delays in legislative approval.  The provider has asked to not be renewed and the contract may be re-assigned or the funds re-allocated. Overall, 61% of funds have been spent on Part A base services in the Tri County region.   Administrative funds have been spending on target and Supplemental funds are 100% spent. Overall, 62.36% of the total award has been spent.

David Klotz reminded the Committee that the draft language for the MOU was previously reviewed and approved by the Rules & Membership Committee.  Planning Council leadership met to discuss the possible 1% cap of the EMA’s award for the Planning Council Support budget.  Ensuing discussions resulted in an agreement that the Planning Council budget would be negotiated every year, as it is done presently, with the caveat that the budget should be ratified by the Executive Committee within thirty (30) days of the notification of the grant award.

The NYCDOHMH Legal Department suggested adding language more clearly articulating that the Planning Council does not participate in procurement activities.  It was suggested that it be added that Planning Council staff reviews the draft RFP.

Ms. Morgan shared her view that the recipient and Planning Council need to more clearly articulate what is done with evaluation/assessment data.  In addition Ms. Morgan shared her concern regarding the selection of Planning Council contractors or vendors by Planning Council staff, as differentiated from selection of sub-contractors.  Ms. Casey suggested that the term vendors be used in place of Ryan White services.  It was suggested that language stating that all procurement is performed according to Federal and City regulations.

The proposed last change is naming the Governmental Co-Chair as a signatory to the MOU.  There is no need for a formal vote as there are still more changes forthcoming. A final version will be presented to the Rules & Membership Committee.

Jan Park presented the FY 20 Planning Council Support budget which totals $1,089,900. It was noted that nearly 75% of the budget is dedicated to personnel services (PS), including fringe.  The remaining 25% is earmarked for Other than Personnel Services (OTPS).  This budget, there is a commitment to providing real time captioning for hearing impaired individuals, van/car services for mobility impaired individuals and providing transportation expenses for Tri County consumers.

There is no Planning Council retreat planned this year.  Special projects can be funded through Grantee accruals.  It was also noted that the decrease in fringe benefits, from 50% to 38%, was arrived at through negotiation, although it is not annually guaranteed.

ACTION:  A motion was made, seconded and passed unanimously to accept the FY2019-20 Planning Council budget as presented.

There be no further comment, the meeting was adjourned. 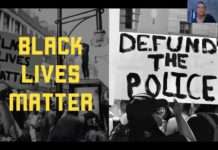 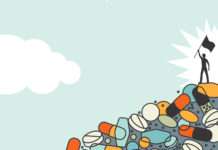 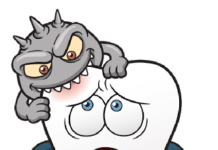